A Not So Smashed Cake Smash

I first photographed this sweet little boy in October for his family photo session at the studio.  He was on the run. Not yet one year old and ready to rock his session.We had a blast that beautiful fall day and it was nice to get to know each other before his cake smash session. I knew for sure he would LOVE his cake smash session the following month.

Mom was so wonderful in helping prep her sons first birthday set. She met me at the studio the day before the session with the props. I always set up and get everything ready before my clients arrive the following day for their first birthday photos. I loved the Curious George themed colors she decided on. The bright colors went perfect with this little one’s bright personality. The first birthday hat added the extra detail needed to pull this whole idea together. My favorite part of the session was when mom opened the confetti — Mr R went wild!

There’s a lot of pressure to smash the cake. When we put our birthday boy in the set, he gave us a bunch of smiles and started to play with the candle and taste the icing. Well, that’s a good sign! Once he was bored with that, he was ready to get up and walk around…no worries! Then, we played some music and he was back in the set really enjoying it. Since he wasn’t diving in, as most infants wont, it was time for us to smash the cake a bit to give him a taste of what he was missing! With a few other popular tricks, we were able to get him to taste the cake and sit to enjoy a bite. In the meantime, using the confetti really helped get those added expressions that mom & dad will look back on for years to come!

I posted his home video first because, well,  it’s to die for! 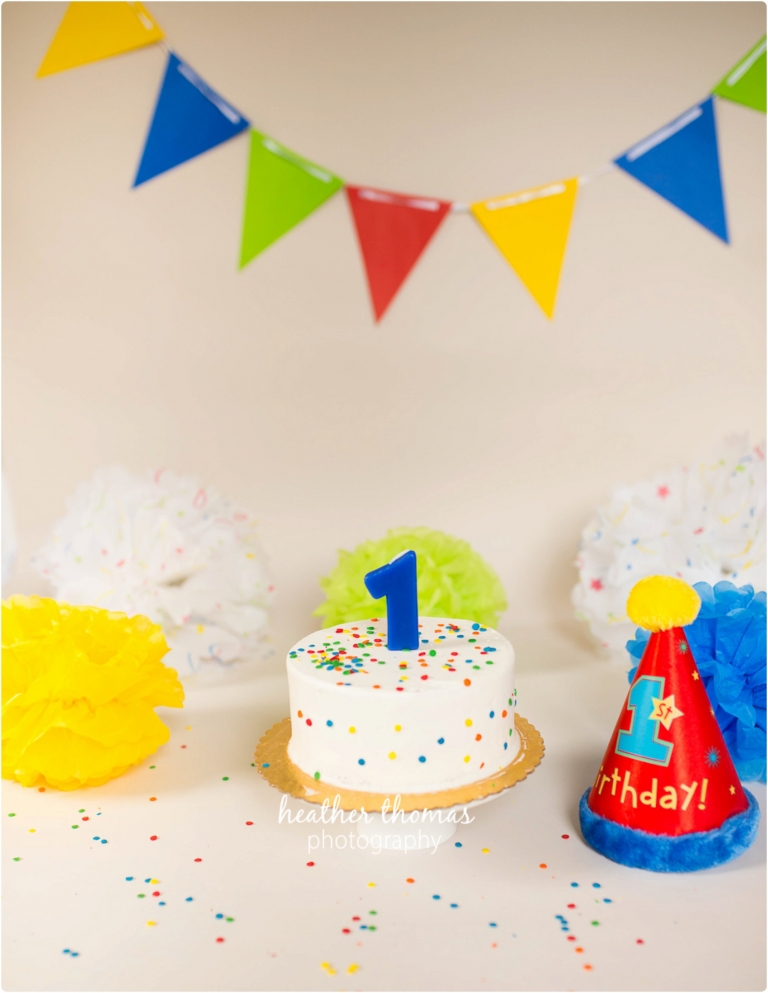 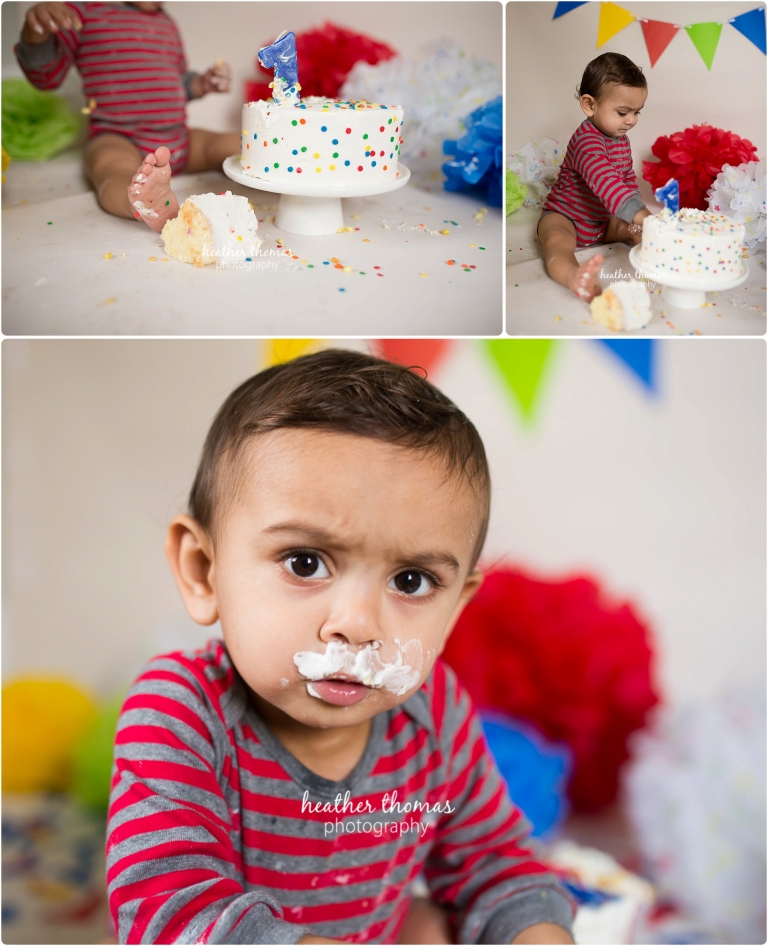 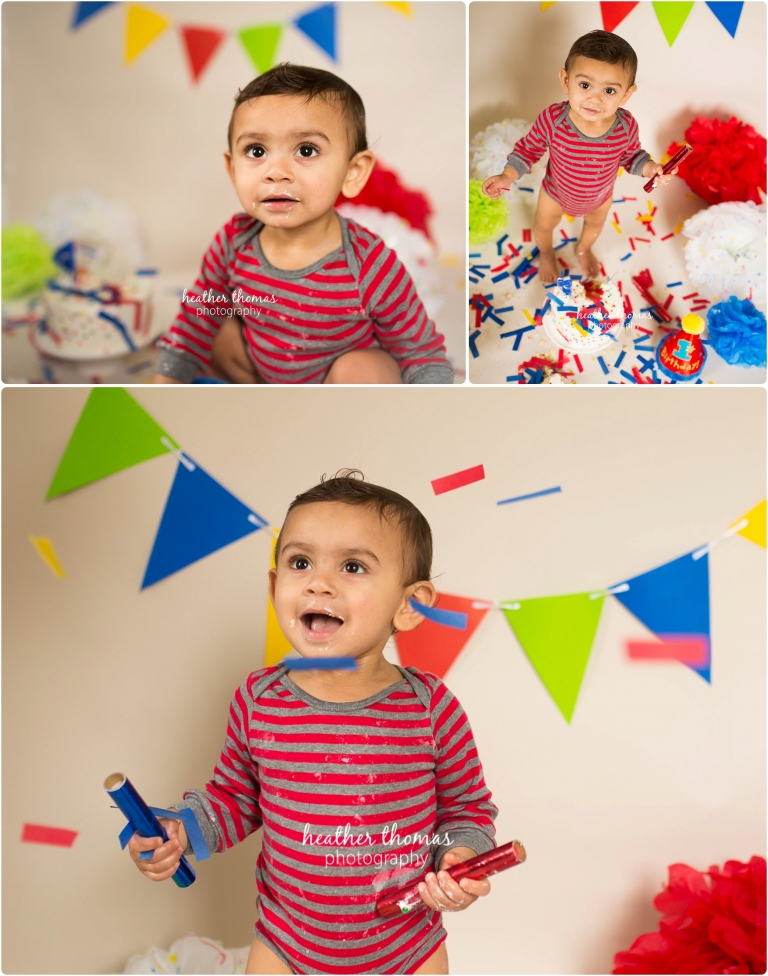